After some hefty premieres, Matisse’s new part for Pissdrunx is finally out and we took the occasion to have a little chat with the man behind the scences, Mr. Dustin Dollin, about this banger of a part, the current state of PD and most importantly the lovely gypsy that is Matisse.

Yo Dustin, how you doing? How have you been since that Luxembourg trip? Luxembourg, what a fucking cook fest. Luxemcooked (laughs). Nah, I’ve been good man. Putting the pieces of the puzzle back together, my friend.

You’ve been passing quite some time in the Southern part of France recently, right? No, I was in Cadaqués, this little town in Spain where Salvador Dali used to hang out.

What were you doing there? Just some off-time? Just trying to get away from corporations, scumbags and the industry.

Did you succeed in doing so? Indeed, I sheltered myself very well from all the bullshit of normalcy (laughs).

Nice! But so, you’re not there anymore now? No, no, no… Pepe (Tirelli) came to me for New Years in Cadaqués and we had the best time. Mushrooms were strong. And he came to Paris with me to set up my new apartment.

Happy to hear that. In the last few weeks, you’ve also been touring quite a bit for the premieres of Matisse’s part, right? Yeah, it’s crazy. We were in Biarritz. Matisse lives there with Nassim (Lachhab). Me and him got a ride to Bordeaux. We did a premiere there. And then we got a ride back and then… we did a premiere in Biarritz the next night. We were totally cooked as fuck.

Sick! And the guys are heading to Long Beach now, right? Yeah. Actually, Matisse and Nassim are spending three months in the states now and I somehow managed to cook up a little feast for them, to let them know that they’re there, you know?! I hit up my friends at Black Bar in Long Beach and they were down to do a premiere on Friday, the 13th. So, my boys are gonna get cooked there tomorrow night. 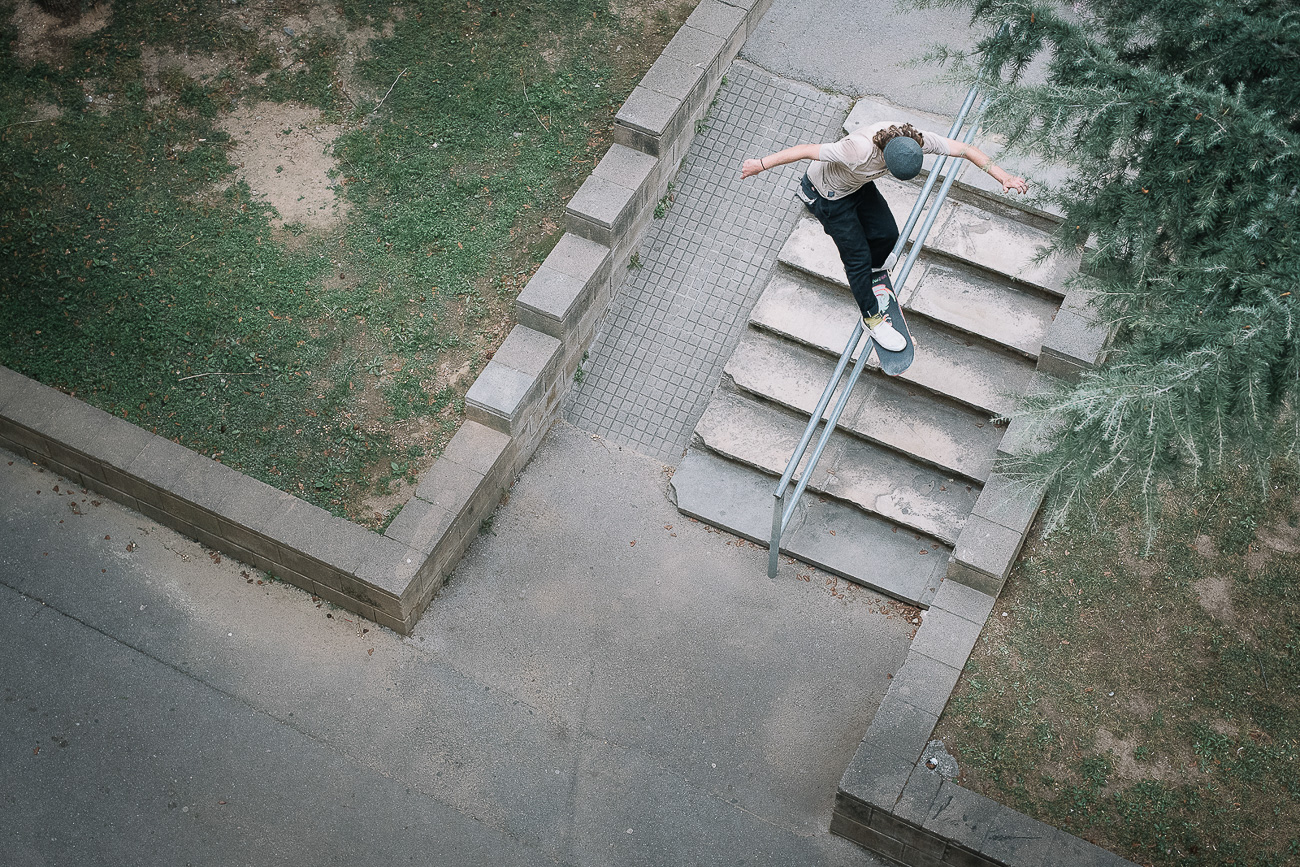 I guess he’s had quite some training with you, though?! I don’t think Matisse needs my training to be a Pissdrunk (laughs). He’s kind of a cooked gypsy in the first place. He’s got morals, though. He sometimes knows when to stop… unlike myself. I’ll get myself a beer now. It’s not even that early… but I’ve actually had two for breakfast already, but whatever. That’s kind of my lifestyle. Matisse is better than me, though. He’s got morals.

And he’s got the part coming out, which must be quite a big thing for him… I mean, I hope so! But as I told him in the beginning, I don’t really expect anything of him. I mean, there’s just one rider on the team for now (laughs). Fact is: it’s the same wood as Baker, it’s the same situation, it’s distributed from the same place and it’s part of our family. So, it doesn’t really… nah, what I hope for, is that people will start leaving their fucking shitty companies that won’t help them out and start cruising over – if they drink – to ours, you know?! (laughs) You know what?! As soon as Matisse’s part comes out, people will be shook and like “fuck, I wanna be a part of that shit”. Half the people I know have Pissdrunx tattoos already anyway.

How come you’ve finally decided to turn it into a brand? Well basically, we had this pact that the last man drinking gets the logo and I mean, out of the professional skateboarders among us who are left, everyone is sober. So, I called Reynolds and he was like: “Yeah, fire it up! It’s yours now. You’re the only one still doing it. Let’s get this shit going!” Basically, Reynolds – even though he’s sober – paid for the first line of Pissdrunx hoodies and they sold out so quickly that I paid him back immediately and took over the brand. So, Reynolds, a sober AA continuant, actually started Pissdrunx again and then I took over the situation. Slugger (Distribution) buys in England, V7 (Distribution) gets some stuff over here in Europe. The website just started. But basically, it’s a cult thing. It’s really hard to get, we make pretty limited shit, it’s just a cult. I’ve got over a thousand PD tattoos on my phone, from people all over the world. If you’re down with the squad, you’re down with the squad, part of the drunx. 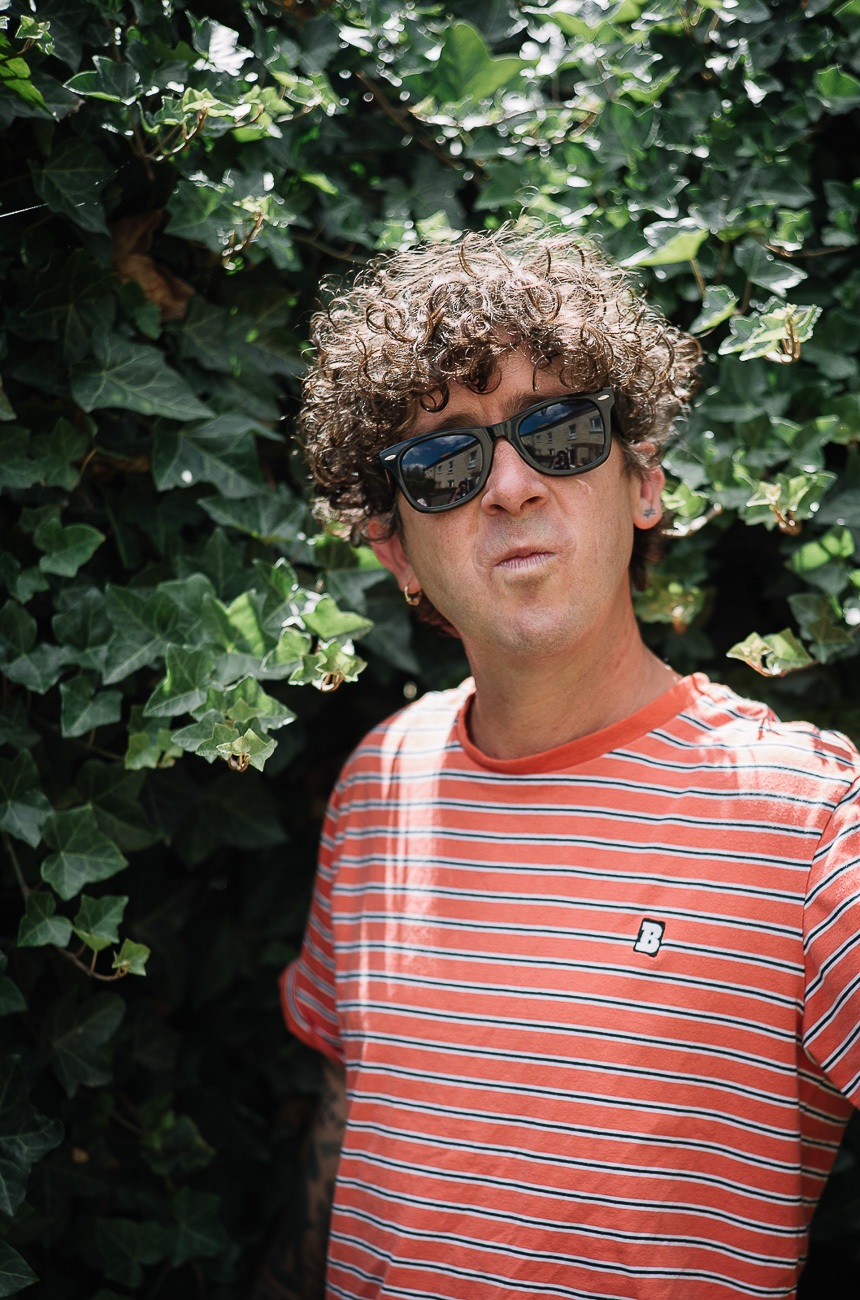 To me, it’s been just crazy to see how many people came up to you during that Luxembourg contest (LXB Street). Family fathers, just so many of them rocking PD tattoos, ... I mean, I get like six tattoos everyday sent on the fucking pissdrunx instagram or whatever. Sometimes it’s scary, like juggalo shit. Maybe for Copenhagen Open – I talked to them about it – we’ll have a church where sick bands play, tattoo artists at the door and you can only get in if you’ve got a PD tattoo.

No way?! I hope it’ll work out. Yeah, it will. They’ve seemed down for it. I’ve got like three tattoo artists for the door and you have to get a PD tattoo to get in to see the bands. You should have seen how quickly I just cleaned the house… if I put my mind to something, I can organize a concert and PD tattoos at the door of a church.

Anyway (laughs), shall we get to Matisse? Matisse kills it. Everyone overlooked him for so many years, but he’s fucking the best! He doesn’t dress cool or have to be cool, he just is! He doesn’t try to portray any image, he’s a skate rat till the end and just looks like a fucking skater. He fucking loves skating and he doesn’t give a fuck. He’s not pretentious. That’s why he is the fucking PD founder right now. When I told everyone on the Baker group text “that’s our guy”, Figgy was like: “What that dude? Fuck that dude… Nah just kidding, I fucking love that kid.” (laughs) He’s got the Figgy green light, that’s basically from the dead man Phelps himself. 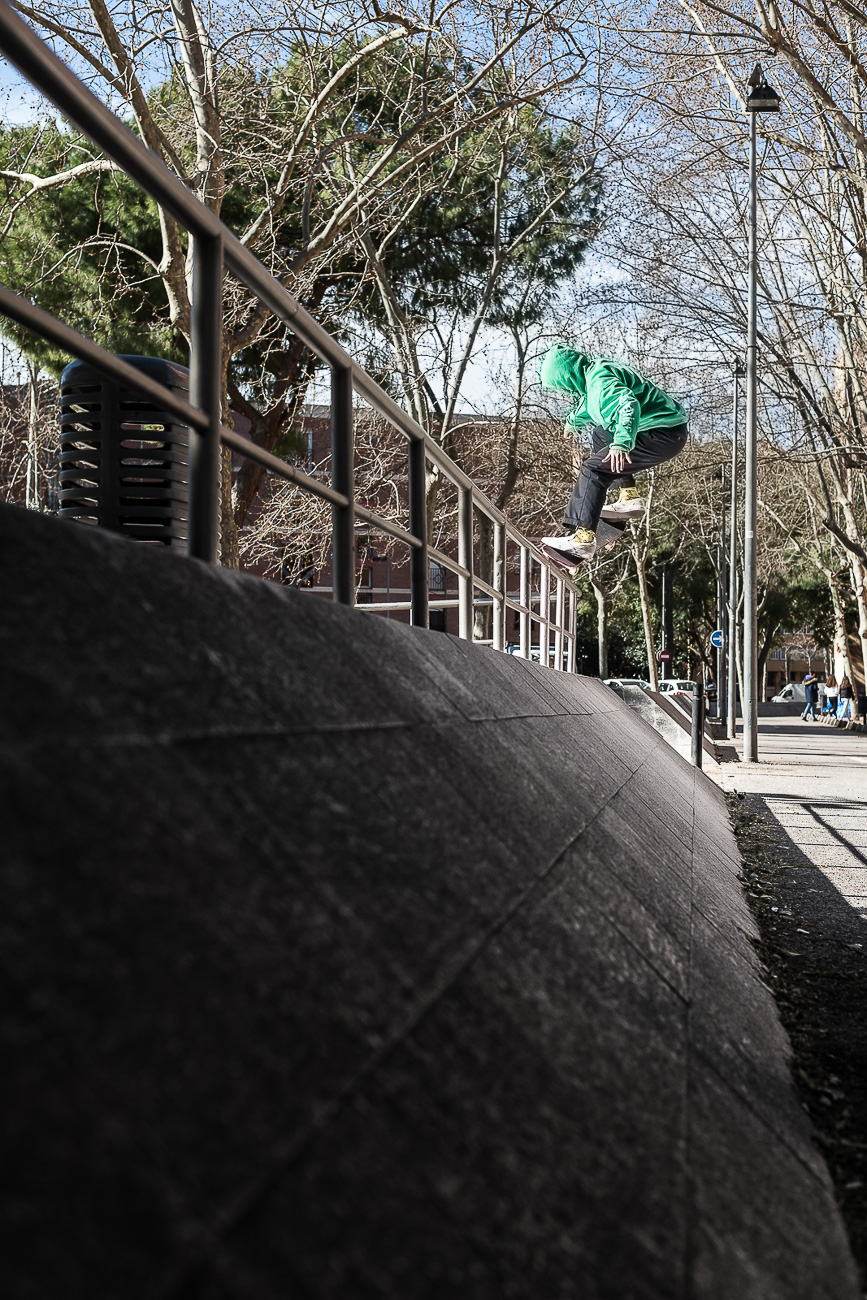 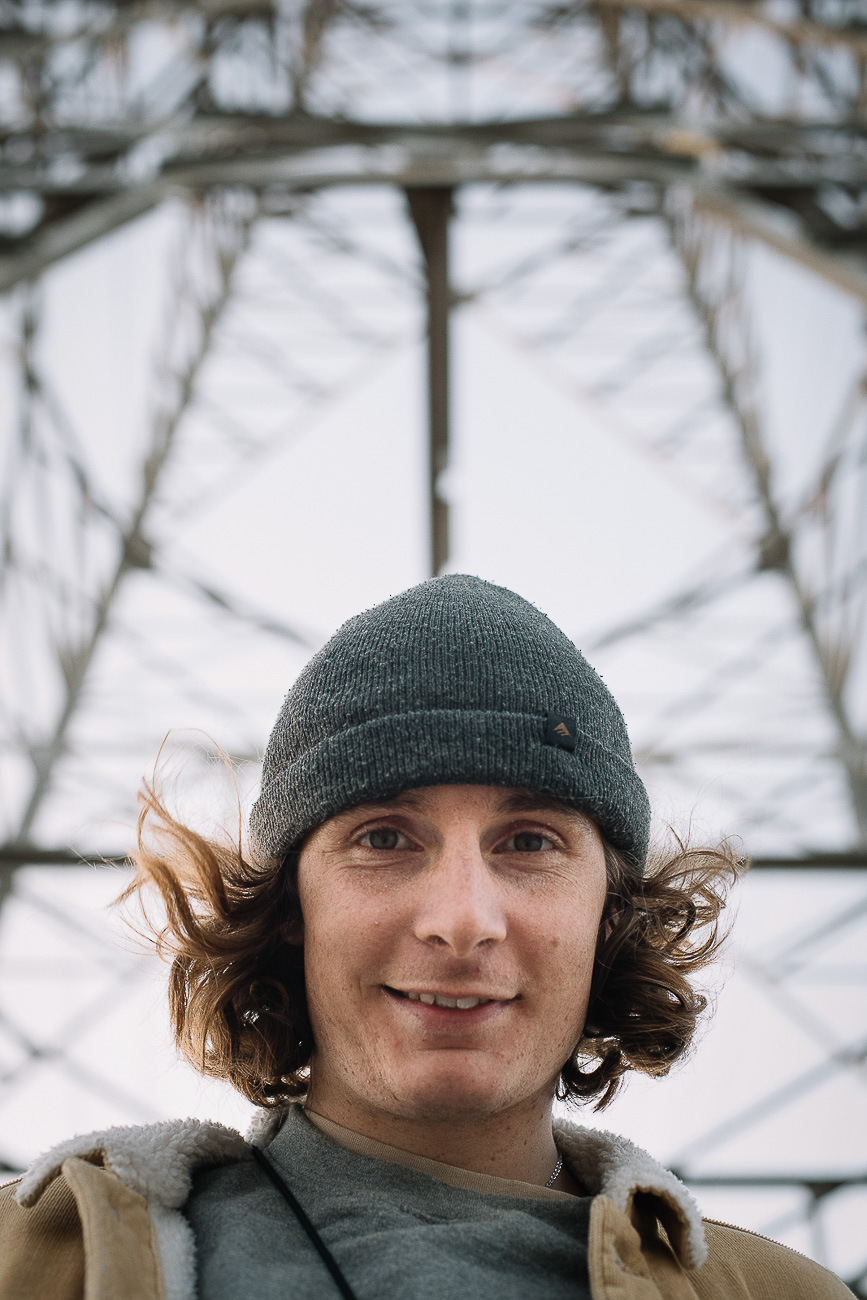 Well, that’s quite the honor. Yeah, but Matisse is completely oblivious to what he’s doing right now. Wait till you see his twelve-minute part.

Twelve minutes?! You kidding me? Nah, it’s twelve minutes man (laughs). Twelve minutes of cookedness. It’s gonna be sick. And there’s this song, once I heard it, I was like “this is Matisse’s song!” You’ll see…

Was Matisse involved in the editing process at all or did he see the part for the first time at the premiere? You know what happened? It fucking sucked. I was in Barcelona and someone stole my fucking bag with my passport, my laptop and my hard drive. I had the part half done. So basically, I had to buy a new fucking laptop, then get all the filmers to resend all the footage again and then I sat down with Matisse to make sure that there wasn’t any stuff that he didn’t want in there. There were only two lines that he didn’t want in there and then it was still twelve minutes. He was like “do I need to get out and get more stuff?” And I was like “dude, seriously, it’s twelve minutes.” I had to put the song twice in there.

You put the song twice in the part (laughs)? That might be NBD. NBD for sure. No one’s ever done that. This one’s gonna be different, that’s what I told him. Anyway, it turned out really lovely and I’m really proud of Matisse. I hope he doesn’t get hurt in the States. He’s gnarly, but when you get in front of people over there, you sometimes gotta resist the temptation of fucking your life up. Hospital or whatever’s too expensive over there.

Well, you know quite a lot about that, I guess?! About fucking my life up (laughs)?

Nah (laughs), I mean about hospital bills and shit. I do. Anyway, Matisse is about to come out with some fire. Let’s just say that. It’s awesome to have someone who looks like Bon Scott skating for Pissdrunx.

Stoked and really excited for the part. As you have mentioned before, Matisse seems to have been overlooked for quite some time now. How did he come to your attention? How did you guys first meet? Doobie (Victor Pellegrin) brought him to my attention in the first place. He was like “what’s up, let’s put Matisse on Vans.” And Pfanner was like “fuck, we’ve got a fat team already.” You know what?! Actually, Pfanner was the one who kind of ignited me to start Pissdrunx. And when my business partner was like “fuck it, let’s do boards too”, I was like “oh if we do boards, I would like to get that kid Matisse on.” So, I called up Jim Thiebaud over at Real. He’s a longtime friend and mentor. I was like: “Are you gonna do anything with this kid? He’s riding Real boards and he went to America, but didn’t even get into the van…” Jim was like: “Yeah, I know. We’ve really fucked up on that one. But if you’re gonna do PD boards, just go for it!” I think Real has the biggest team in the world. I think Jim is doing a great job, though. I just wanna give full attention to Matisse for now.

And he certainly deserves it. Big fan over here! I mean, when I came to Europe, I didn’t know any fucking skater’s name. But now, I’ve been here for six years and I have family here. I love all my European fellow fucking brothers. But Matisse was just kind of the one who was sitting there on the shelf… and sitting on so much footage. I was like “gimme a chance to help you get what you deserve”, you know? I always root for the underdogs, like a bank robber in a getaway car. Matisse just reminded me a lot of what it was like when I was growing up. All the fresh kids that were too cool and I was like a fucking hippy from the mountains, like a gypsy, and they made fun of me, you know?! Cause I had second hand pants and didn’t have fresh gear and shit like that. But now, it’s time for people to get what they deserve. And Matisse definitely deserves it. He skates fucking all the time, non-stop, no matter what.

Might be a bit difficult, since he’s such a skate rat, but could you describe Matisse as a person without mentioning or referring to skateboarding at all? This kid makes me feel young. His positivity, his energy, … He could probably make a widow smile at her husband’s funeral. There’s something about him. It’s like a sunshine coming into the room, whenever he’s around. Always wearing the same fucking clothes, never showering, never changing (laughs).

Alright, from Matisse back to the Drunx and a last, yet quite important question: How would you even define a Pissdrunk? I’m not sure about that (laughs). I mean, somebody who drinks, I guess?

That’s all (laughs)? Well, I would say, you gotta be able to drink and then get up and drink again and not fuck up your life. But that’s the point why people are not Pissdrunx anymore. They could not do it. Anyone can be a non-drunk, it takes real stamina to be a real drunk. The proof is in the pudding. Just don’t get into trouble, don’t hurt any of your friends, look out for everybody and be drunk to have fun. Don’t drink cause you’re angry, drink because you’re happy. 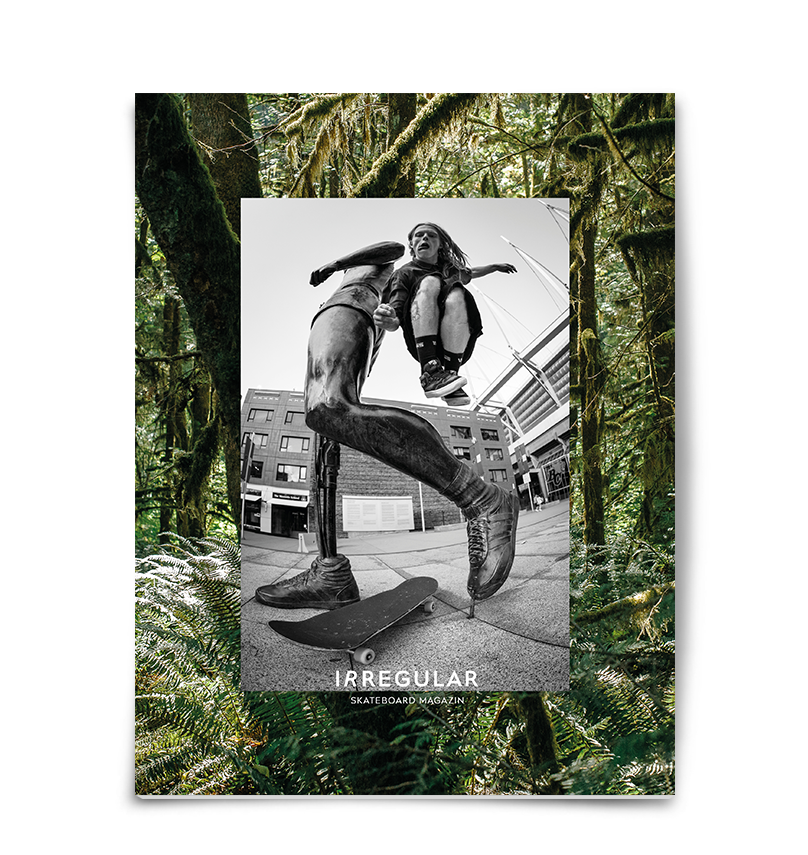